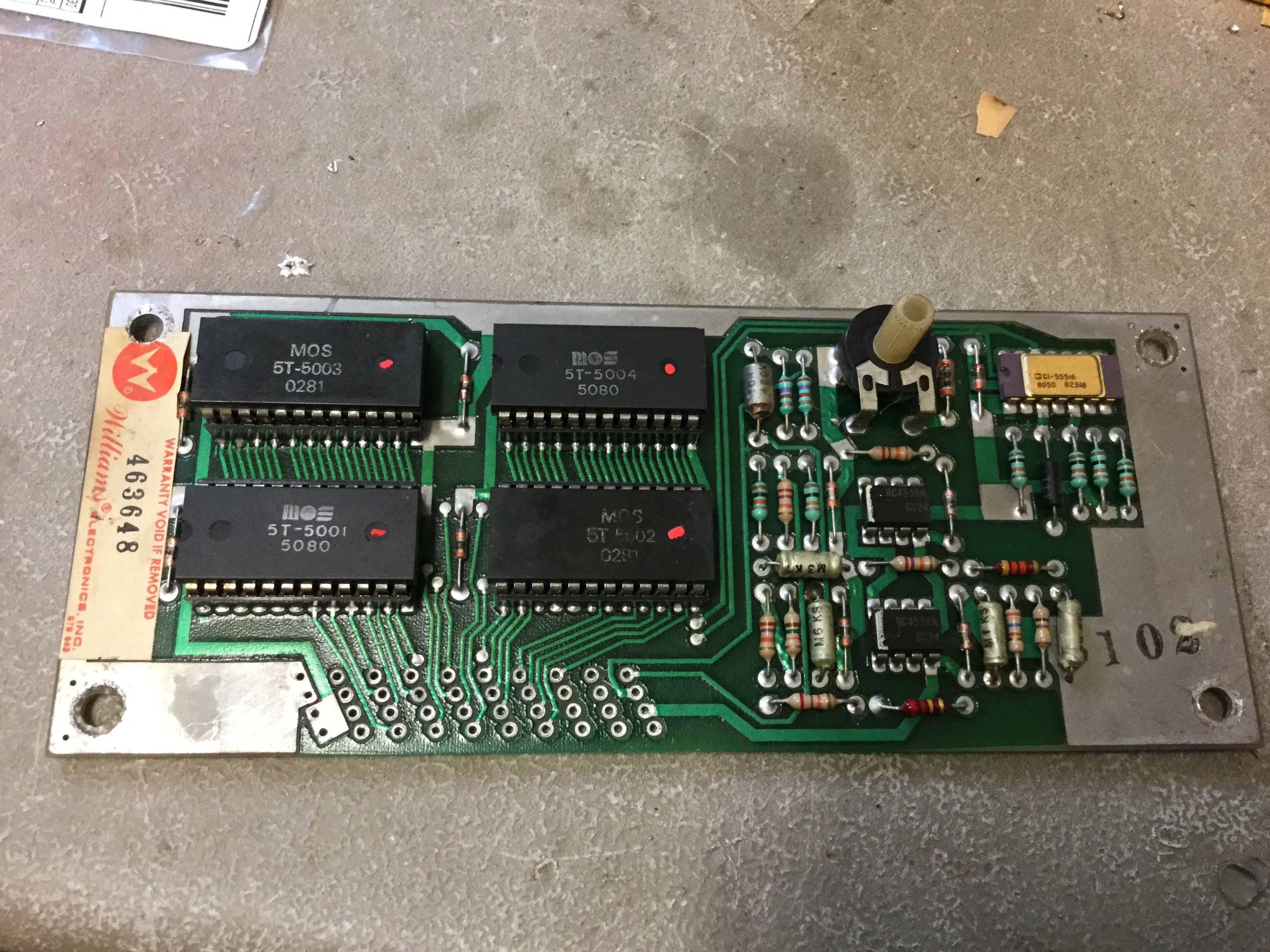 The sounds on Black Knight have been somewhat erratic.  The sounds are there, but often it’s very soft and other times normal.  I couldn’t adjust the volume for the speech.  I tried a couple minor things such as replacing the speaker, resolder the wires to the volume pot, replaced headers and connectors on the sound board and none of those worked.

I jumped pins 1-2 on 10J4 connector to bypass the potentiometer, I was experiencing the same problems and a couple of times didn’t even have sounds.  I noticed if I messed around the the ribbon cable the sounds would come and go.  I decided to replace the ribbon cable (luckily had some on had from a previous repair of a Joust arcade).  This did the trick.  The sounds is nice, loud, and clear and can also adjust it.  I will test more tomorrow, but am thinking this did the trick.