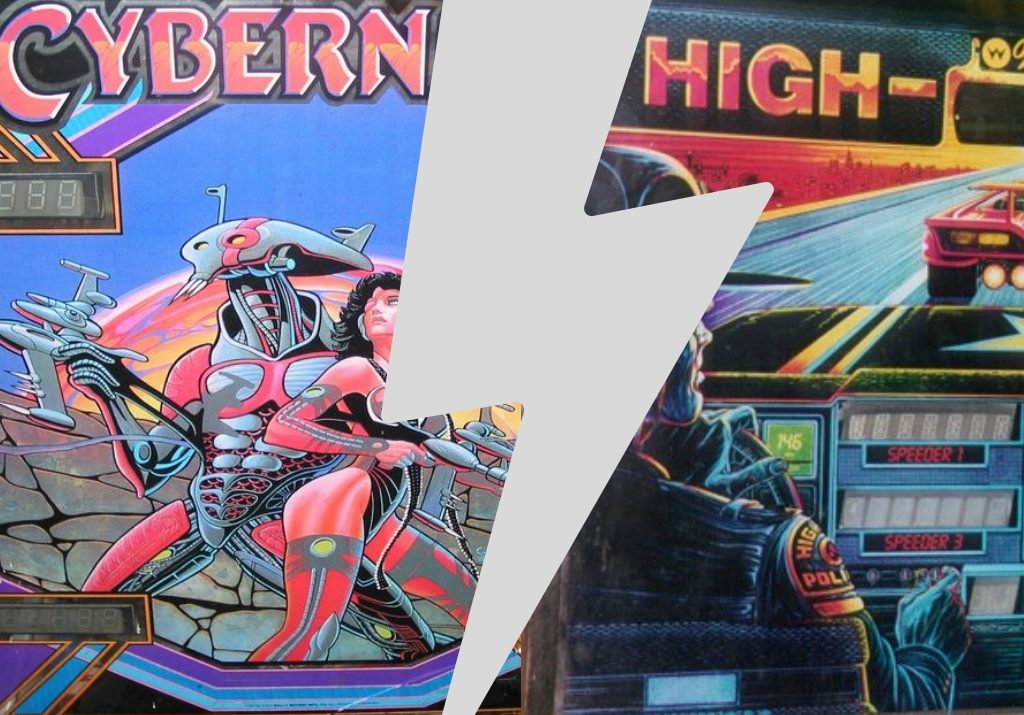 Got a phone call to do a home repair on two pinball machines. I was told the Bally Cybernaut would randomly score points by itself and continue to do so even if you weren’t playing the game. It was real easy to get a high score 😂. The second game was Williams High Speed and was told it would light up, but was dead.

I wasn’t too sure what to expect when I got to the home, and decided to tackle the Cybernaut first. I removed the pinball and put the game in switch test mode. One of the switches was showing in the test (I think it was switch 37). I checked the contacts and looked good. Snipped the ceramic capacitor on the switch and machine stopped registering that switch. I then played a game and would score 10,000 points when the ball kicked out each time. Put the game back into switch test and nothing showed. If I banged on the cabinet, switch 17 showed. This was the roll-over on the left side of the game. I adjusted the contact, and game was running strong.

Next, I moved to High Speed. Turned it on, and game booted (whew). I was able to start a game, but nothing happened. I took off the glass and bumpers, and switches were registering, but no flippers. Checked the fuse for the flippers, and it was blown. I went ahead and checked the flippers and noticed the bottom right flipper looked like the contacts had shorted and melted the lane change spacer. The coil tested bad, and ended up replacing the switches and coil. Game fired up with flippers working and called it a day!