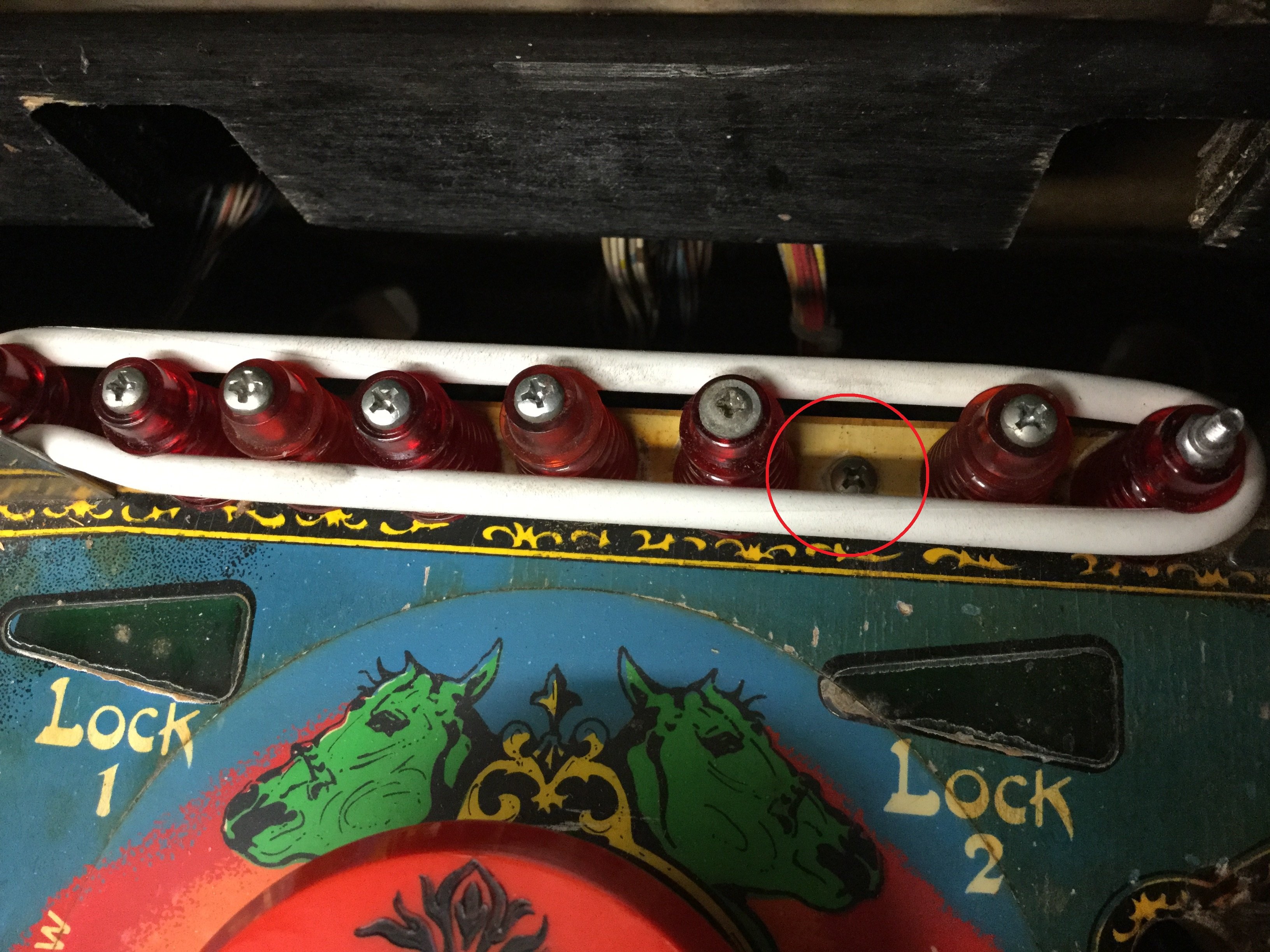 I decided that I needed to remove the top playfield, so I could figure out why the ball was dropping to the bottom panel when I shot the ball into the bottom ball lock.  Here is what I did to remove the top playfield.  I imagine some of my screws were probably missing, but basically it was removing 3 screws circled in the photos below, screws that secured the ramps, and the connectors to both the playfied and up to the PCBs.

And finally… with the top playfield removed, I could tell the metal rail was missing.  Luckily, I had two of them in my bag-o-parts. 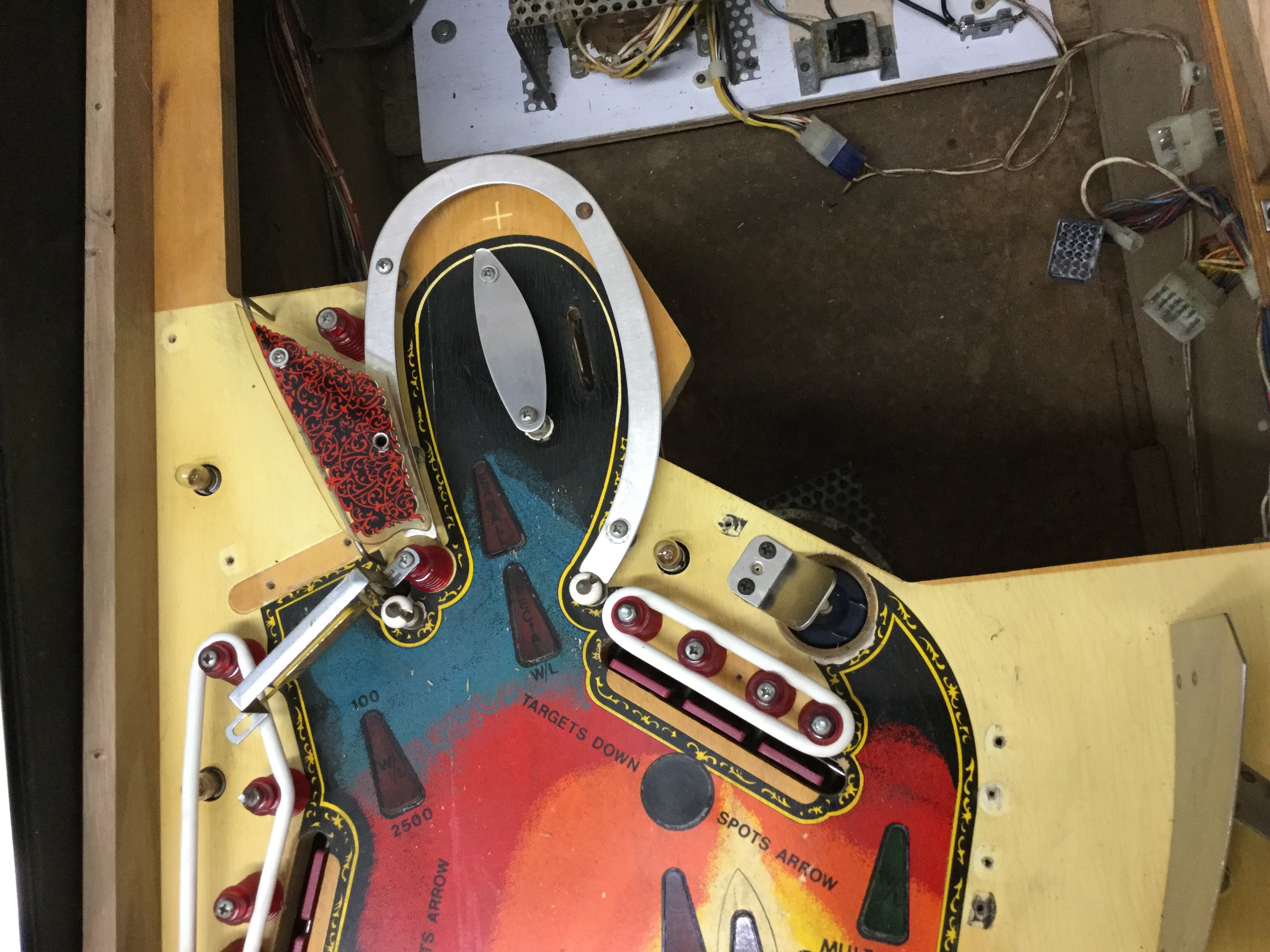